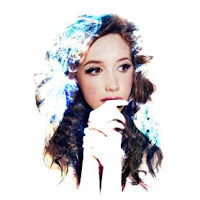 Bonzie – Rift Into the Secret of Things
Singer-songwriter and multi-instrumentalist Nina Ferraro is 17 years old, but as Angelenos who caught her set opening for Iron and Wine at First Unitarian Church in June discovered, her writing and musicianship appeal to those of any age. The Chicago native's debut, which lifts its titled from a line in Henry David Thoreau's Walden, boasts tracks like the emotional, six-minute "Data Blockers" and the gorgeous "Felix," featuring the Milk Carton Kids.

Jaguar Ma – Howlin (Mom + Pop)
I was hooked upon first listen to "Come Save Me" and "The Throw" off of the Australian duo's debut, Howlin. Jono Ma and Gabriel Winterfield traveled to France to record the album on a farm just south of Paris armed with an 808, a Fender Jaguar, a laptop and a pair of vintage Neve console channels. The result is a successful blend of experimental beats and catchy vocal melodies that recall the simplicity of classic beach pop. Witness the pair create a wall of sound at the Echo on Oct. 4. 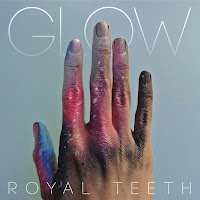 Royal Teeth – Glow (Dangerbird)
The six-piece recorded their debut full-length with Gavin Brown (Metric, Billy Talent) in Toronto last winter, and though they were miles from their New Orleans home, the vibrant energy of their homebase is infused into each of Glow's indie pop anthems. You may not know any of Royal Teeth's songs yet, but rest assured you'll find yourself dancing and singing along to lead vocalists Gary Larsen and Nora Patterson as they "ooh, ooh, ooh" on "Wild" and "Honey" in no time. You can catch them perform Sept. 21 at 94/9's Independence Jam in Oceanside.

Sam Phillips – Push Any Button (Littlebox)
"Gilmore Girls" is one of those shows that I can't resist watching whenever I land on it as I'm clicking through channels. Even if I've seen the episode several times, I watch it again. A key ingredient to the show's mood is Sam Phillips' score. The acclaimed singer-songwriter releases her first physical album of new material since 2008's Don't Do Anything today, an effort she recorded in a Charlie Chaplin-era bungalow near downtown Los Angeles. While songs like "When I'm Alone" could have appeared on "Gilmore Girls," Phillips puts new dimensions of her writing on display on Push Any Button with tracks like opener "Pretty Time Bomb" and "Can't See Straight." See her live at Largo at the Coronet on Nov. 9. 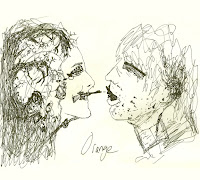 XNY – Orange
Whether fingers start tapping a desktop, heads nod, hips writhe or feet stomp, it's virtually impossible to sit still once you put on a track from the Brooklyn-based duo of Pam Autuori and Jacob Schreiber. From the literal roar of opener "Jaw" to the pulsating "Burn Out" and complex percussion of "A Part," their sophomore album exudes a fiery energy that infiltrates every muscle of the body.

Film – A Band Called Death documents the first punk band in the 1970s, a trio of brothers, who only decades after their formation became recognized as genre pioneers; Robert De Niro, Katherine Heigl, Diane Keaton and Amanda Seyfried in The Big Wedding; Robert Redford directs and stars in The Company You Keep with Nick Nolte, Stanley Tucci, Brit Marling and Shia LaBeouf; Olympus Has Fallen stars Gerard Butler, Aaron Eckhart and Morgan Freeman; Julianne Moore and Alexander Skarsgård in What Maisie Knew

Posted by Jigsaw Magazine at 8:57 AM