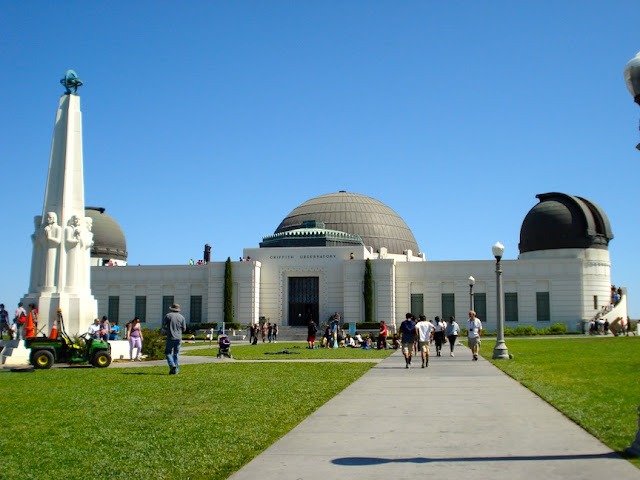 
Griffith J. Griffith came up with the idea for a public observatory while peering at the sky through the Mount Wilson telescope on a visit to the research facility in 1904. He then donated the land and funds for the observatory, which would include an exhibit hall, a cinematic theater to show educational films and, of course, an astronomical telescope offering free viewing, to the city. Although Griffith passed away before building began, his trust oversaw that his vision came to fruition, enlisting some of science's greatest minds at the time to contribute to its design and construction, before passing ownership on to the city.

Griffith Observatory opened its doors on May 14, 1935, welcoming over 13,000 visitors in its first week. They examined exhibits such as the Foucault pendulum and a triple-beam coelostat solar telescope, which are still available to the public today, and watched shows about the moon and worlds of the solar system in the planetarium. In 1974, the observatory began hosting the world's first  music-accompanied laser light show, the Laserium, in the planetarium, and it was still going strong when I was in high school in the '90s. We would make the trek from Orange County to be captivated by the lights set to the songs by the likes of Pink Floyd and Led Zeppelin. 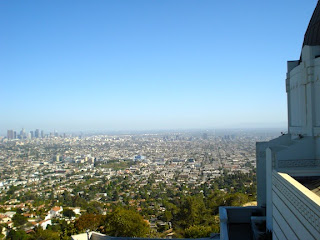 The Laserium was removed from the program when the observatory underwent a $93-million renovation and expansion from 2002 to 2006. Aside from exhibits being added on a new underground level, a café, bookstore and the Leonard Nimoy Event Horizon theater were also created, along with a major revamping of the planetarium, was renamed the Samuel Oschin Planetarium.

While admission to the observatory and all its exhibits is free, tickets for the planetarium shows are $7. The four shows – Centered in the Universe (exploring the history of astronomy), Water Is Life, Light of the Valkyries (images of the northern lights will amaze you) and Time's Up – are well worth it, though. The observatory's architecture, designed by John C. Austin and Frederick M. Ashley, is also a sight to behold and has been featured in films like Rebel Without a Cause (There was even a bust of the movie's star, James Dean, erected on the grounds.), which have led to it becoming one of Los Angeles' most recognizable buildings.

There is so much to explore inside the observatory, yet it's often hard to tear yourself away from the sweeping views of the city to be had from its exterior terraces and walkways. I love to stand next to the domes and search the landscape from Downtown to Hollywood and – on clear days – the Pacific Ocean for familiar landmarks. Even though I've been to the observatory many times, it's one place I doubt I'll ever get tired of visiting on my own or with out of towners.

Posted by Jigsaw Magazine at 10:50 AM