Hunter Hunted @ The Roxy (West Hollywood)
The duo of Dan Chang and Michael Garner have only been together as Hunter Hunted since January, and they've amassed critical raves, TV show placements and fans ever since. Give "Keep Together" from their self-released EP a listen, and you'll soon realize what all the fuss is about. Don't miss when they play the Roxy tonight with another SoCal group, the Mowgli's, because I'm not sure how much longer they'll be performing in such intimate spaces.

Shout Out Louds, Haerts @ El Rey (Miracle Mile)
The Swedish five some of the Shout Out Louds are wrapping up a North American tour in support of Optica, their fourth full-length that marks 10 years since the release of their debut. The album is a celebration of color and light, so expect to be dazzled tonight and/or tomorrow night at the El Rey. Also on hand is New York's Haerts whose single "Wings" is guaranteed to move you, physically and emotionally.


"My Brother Marvin" @ Pantages Theatre (Hollywood)
I remember watching coverage of Marvin Gaye's murder on TV when I was 7 but didn't grasp the impact of his tragic death on the music world until I was much older. This new production is based on a memoir by his sister Zeola, revealing family secrets and exploring the internal struggles of the superstar. It stars Lynn Whitfield, Clifton Powell, Keith Washington and Tony Grant, and runs through Saturday. 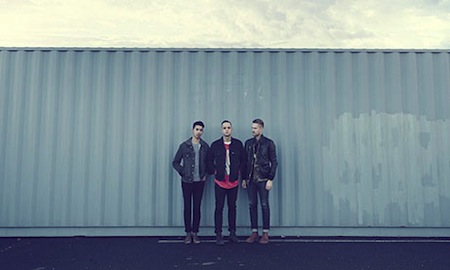 
Sir Sly @ Troubadour (West Hollywood)
It's pretty much impossible not to instantly become enamored with the Los Angeles trio's "Gold" upon listening to the first bars of the song, which lends its name to their new EP that released digitally earlier this week. As you explore more of the tracks on Gold, you'll find even more to love. This is hands-down the show not to miss this week.


In Theaters This Week
Before Midnight reteams Richard Linklater, Ethan Hawke and Julie Delpy and is set nine years after Before Sunset, the sequel to 1995's Before Sunrise. The couple is now in their early 40s with twin daughters on vacation in Greece; Based on William Joyce's illustrated children's book, The Leaf Men, Epic features the voices of Beyoncé, Colin Farrell, Josh Hutcherson, Amanda Seyfried, Christoph Waltz and many more; Fast & Furious 6 finds Agent Hobbs (Dwayne Johnson) eliciting the help of Dom (Vin Diesel) and his crew to take down a gang of mercenary drivers in exchange for full pardons; Set two years after the Wolfpack's escapades in Bangkok, The Hangover Part III revolves around the guys (Bradley Cooper, Ed Helms) hitting the road to save Doug (Zach Galifianakis). Also starring Justin Bartha, Ken Jeong, John Goodman and Melissa McCarthy. Also in theaters: Cleopatra 50th Anniversary; A Green Story; Fill the Void; We Steal Secrets: The Story of WikiLeaks

Vertigo @ The Egyptian (Hollywood)
Alfred Hitchcock's 1958 film is not only my favorite by the director but was one of Roger Ebert's as well, so it's fitting that the classic is part of the American Cinematheque's The Great Movies: A Tribute to Roger Ebert. Whether you're experiencing "Scottie" Ferguson's (James Stewart) growing obsession with Madeleine Elster (Kim Novak) for the first or 15th time, its stunning visuals never fail to send chills down the spine. The series continues with Citizen Kane on Saturday; Aguirre, The Wrath of God (with Werner Herzog in person) June 6; Apocalypse Now June 8; La Dolce Vita June 9. 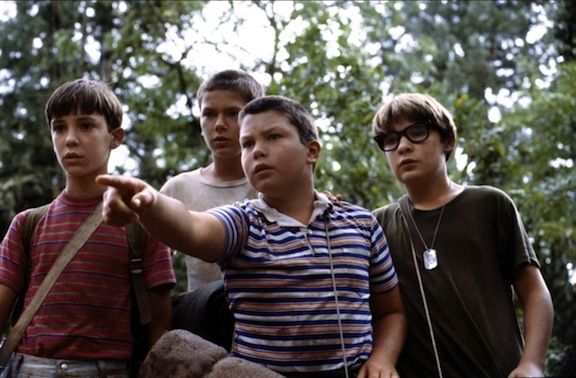 
Stand By Me @ Exposition Park (South Los Angeles)
Street Food Cinema kicks off their season the Rob Reiner classic (based on Stephen King's The Body) as four friends seek adventure over Labor Day weekend 1959. Starring child actors Wil Wheaton, River Phoenix, Jerry O'Connell and Corey Feldman, who would be propelled to adolescent fame, as well as Kiefer Sutherland, the 1986 film features two scenes that were permanently ingrained in my 9-year-old brain: the leeches and the blueberry pie-eating contest. Ugh! Corey Feldman is actually going to be on hand to provide musical entertainment, while food can be purchased from trucks like Cousin's Maine Lobster, Don Chow and the Grilled Cheese Truck.

Posted by Jigsaw Magazine at 10:12 AM