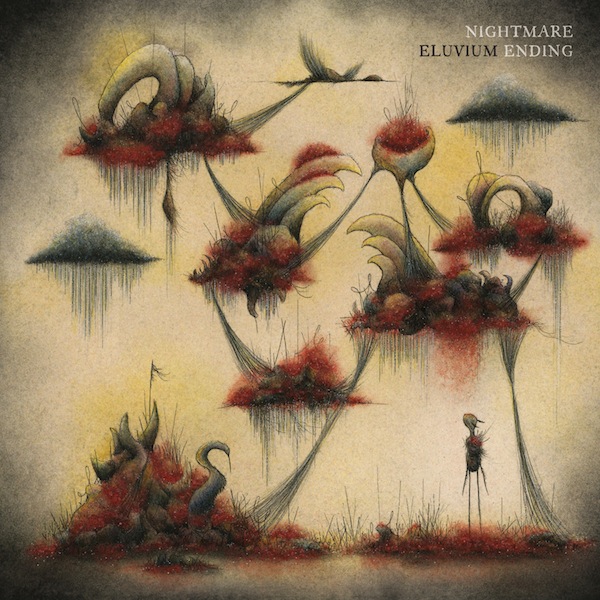 Eluvium – Nightmare Ending (Temporary Residence Ltd)
The double album is Matthew Cooper's first proper full-length since 2010's Similes, and the highly anticipated effort proves to be well worth the wait. Nightmare Ending was originally intended to be released as the follow-up to 2007's Copia as a way of helping Cooper "loosen his self-imposed ideals of perfection." He labeled each track as either a "dream" or an "imperfection" (i.e. dream vs. reality) but became reluctant to release any of them. The songs remained in the back of his mind and, he eventually returned to the project with renewed passion that is evidenced in tracks like "Don't Get Any Closer," "Envenom Mettle" and "Happiness," which features Yo La Tengo's Ira Kaplan.

The Features – Self-titled (Serpents and Snakes/BMG)
The Nashville quartet journeyed to Vancouver, Wash. to record their self-titled fourth album, spending a month honing the 11 tracks they had conjured up in the two weeks leading up to the trip to the cabin-like atmosphere of Ripcord Studio. The change of setting proved fruitful in the resulting The Features, with songs such as the bold opener "Rotten," the sweeping, show-stopping rock of "With Every Beat" and the thoroughly addicting "This Disorder."

Marques Toliver –  Land of CanAan (Bella Union)
One might never guess that the gifted violinist and vocalist who calls Antwerp, NYC and London his current home bases was actually born in Daytona, Fla. Regardless of his birthplace, Toliver had me at the opening bars of the title track and opener of his debut album, The Land of CanAan. He successfully blends voice and violin to create tension and harmony, building each song into a thrilling crescendo. In addition to mixing classical with unique R&B elements, songs like "If Only," "Try Your Best" and "Weather Man" seethe with a soulful swagger akin to the genre's greats. 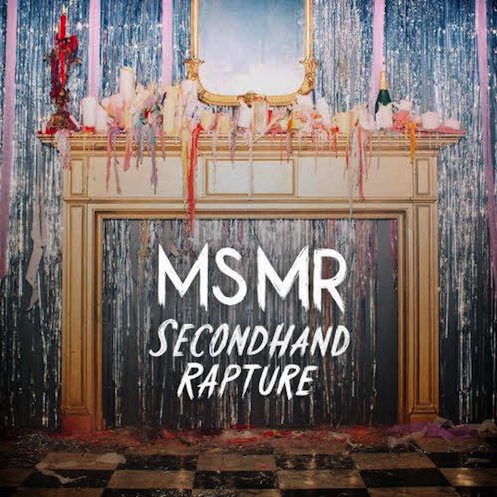 Snowden – No One In Control (Serpents and Snakes)
Jordan Jeffares, the mastermind behind Snowden, spent nearly six years on the 10 tracks that landed on No One in Control. Save for a cover of Love and Rockets' "No Words No More," each song is a result of his ambitious creativity and infused with emotion. From the haunting vocals of "Anemone Arms" to the pulsating rhythm of "So Red" and "The Beat Comes," you'll become curious to experience the songs live. Mark your calendars for June 12 at Bootleg Theater.

Vampire Weekend – Modern Vampires of the City (XL)
It's hard to believe that it's been six years since the New York foursome burst onto the scene with songs like "Mansard Roof," "A-Punk" and "The Kids Don't Stand a Chance" quickly becoming ingrained in the public's subconscious. The band recorded Modern Vampires of the City at various locales in New York, Martha's Vineyard and Los Angeles (Hollywood and Echo Park), and are poised for even more success with this third effort. If the cheekiness of "Diane Young" doesn't grab you, the hand claps of "Ya Hey" will. They play the KROQ Weenie Roast this Saturday (May 18) and the Hollywood Bowl on Sept. 28.

Also available – The Abramson Singers' Late Riser; Adult.'s The Way Things Fall; Amy Grant's How Mercy Looks From Here; Andy Cato's Times & Places; Army of the Universe's The Hipster Sacrifice; Bibio's Silver Wilkinson; Bobby McFerrin's spirityouall; Candace Bellamy's In My Lane; Deep Purple's Now What?!; Demi Lovato's Demi; Dungeonesse's Self-titled; Eve's Lip Lock; Fabrizio Sotti's Right Now; George Strait's Love Is Everything; Gold & Youth's Beyond Wilderness; John Grant's Pale Green Ghosts; Here Come the Mummies' Cryptic; Keith Top of the Pops & His Minor UK Indie Celebrity All-Star Backing Band's TOTP2; Kisses' Kids in L.A.; Koji's Crooked in My Mind; Laura Mvula's Sing to the Moon; Mindless Self Indulgence's How I Learned Not to Give a Shit and Love Mindless Self Indulgence; pacificUV's After the Dream You Are Awake; The Phoenix Foundation's Fandango; PJ Morton's New Orleans; Pure X's Crawling Up the Stairs; Saltland's I Thought It Was Us But It Was All of Us; Scott Tournet's Ver La Luz; Small Black's Limits of Desire; This Century's Biography of Heartbreak; Trace Adkins' Love Will…; Vår's No One Dances Quite Like My Brothers; Wampire's Curiosity; The Wonder Years' The Greatest Generation

Posted by Jigsaw Magazine at 10:47 AM