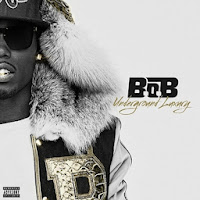 B.o.B. – Underground Luxury (Atlantic)
Bobby Ray Simmons, Jr. (aka B.o.B.) immediately caught my attention when he hit the scene with The Adventures of Bobby Ray in 2010 because of his musicality and knack for picking great collaborators. The Decatur, Ga. hip-hop artist's debut spawned three Billboard Hot 100 top ten singles, including double platinum "Nothin' on You" (which introduced there world to Bruno Mars' voice), "Airplanes" featuring Paramore's Hayley Williams and "Magic" featuring Weezer's Rivers Cuomo.He continued turning out the hits with Strange Clouds' title track with Lil Wayne and "Both of Us (feat. Taylor Swift)" last year. His third album brings more of the same. You will find guest appearances from Chris Brown, Future, 2 Chainz, T.I., Juicy J, Priscilla Renea and Ester Dean among others on Underground Luxury.

Hieroglyphics – The Kitchen (Hieroglyphics)
It's been 10 years since the Oakland hip-hop crew a new album, and the collective – comprised of Del the Funky Homosapien, Casual, Domino, Pep Love and Souls of Mischief's A-Plus, Opio, Phesto and Tajai – have your head nodding from the get-go. From "Livin' It Up" and "The Mayor" to "All as Above so Below" and "Passing Fads," there is boasting, social relevance and, most of all, fun.

Sly and Robbie Presents Shaggy – Out of Many One Music (Ranch/Empire)
Shaggy teams up with Reggae legends Sly and Robbie for an album that brings back the classic vibe of Roots Reggae. They enlist the vocal talents of greats like Beres Hammond, Cocoa Tea and Damian "Jr Gong" Marley, as well as younger artists such as Konshens, Jimmy Cozier, pop/R&B's Ne-Yo and "The Voice" finalist Tessanne Chin for a beautiful tribute to the Jamaican genre. 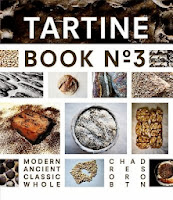 Tartine Book No. 3: Modern Ancient Classic Whole by Chad Robertson (Chronicle)
I hadn't been to San Francisco in almost 10 years, and when I went up to visit my sister in 2012, the first place I went to was Tartine Bakery & Café. I was amazed at the amount of people waiting in a line that snaked out the door and onto the sidewalk out front just to get some baked goods, but once I bit into my croissant I realized what all the fuss was about. The dynamic duo of pastry chef Elisabeth Prueitt and baker Chad Robertson released their first cookbook, Tartine, in 2006, and Robertson unveils a third in the series today. Tartine Book No. 3 focuses on baking with whole grains with new recipes and methods, as well as reformulating popular Tartine pastry recipes to include whole grains. A must for any Tartine fan and home baker, the photos alone will have you drooling. 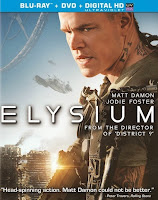 Music – The Gaslight Anthem's Live in London; One Direction's This Is Us; Roxette's Live Travelling the World

Posted by Jigsaw Magazine at 8:44 AM