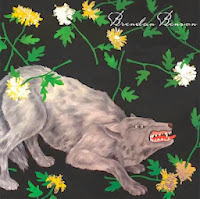 Brendan Benson – You Were Right (Readymade)
While Benson's band with Jack White, the Raconteurs, are said to be working on a new album, the Nashville (by way of Michigan) musician and singer-songwriter releases his sixth solo effort today. Benson's characteristic witty lyrics continue to shine on You Were Right, as does his musicianship, which is strengthened by a backing band that includes former members of the Posies and the Cardinals. From the country twang of opener "It's Your Choice" and "Diamond"'s lovely harmonies to the power pop of "Rejuvenate Me" and the reggae-tinged "I'll Never Tell," Benson toes the line, genre-wise, while continually touching emotional chords with his words.

Childish Gambino – Because the Internet (Glassnote)
The hip-hop artist that many of you may recognize from his work with Derrick Comedy and his former gig on NBC's "Community," was, of course, met with much skepticism when he began garnering attention with Culdesac in 2010 and Camp, his first studio album, the following year. Donald Glover continues to forge his own path in the rap game with Because the Internet, a concept album that also has a screenplay based on the songs, and whether you think he's being completely honest and real or just playing another role as Childish Gambino, it's hard not to just tune out all of the talk and focus on the music as your head starts nodding along to the beat and his rhymes. The album features guests like Chance the Rapper, Jhene Aiko and Azealia Banks, but my favorite tracks are those where he flies solo: "3005" and "Shadows."

Dâm-Funk & Snoopzilla – 7 Days of Funk (Stones Throw)
Snoop Dogg adds yet another moniker to his list of aliases with Snoopzilla, a nod to Bootsy Collins, and joins forces with the L.A. vocalist, musician and producer for a funkdafied album that pays tribute to Snoop's funk influences with Dâm-Funk's masterful polish. The duo first collaborated on stage at 2011's SXSW and immediately hit you with hard beats and a smooth flow in album opener "Hit Da Pavement." See them perform other tracks from 7 Days of Funk tonight at Exchange LA in Downtown. 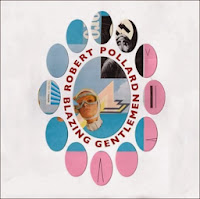 Robert Pollard – Blazing Gentlemen (GBV)
Having released around 40 solo and Guided by Voices works, the prolific force behind the Dayton, Ohio, indie rock band says that he's "finally figured out how to write a song after 55 years" upon debuting his latest solo effort, Blazing Gentlemen. Although legions of GBY fans would beg to differ, Pollard isn't joking. He applied a new technique of taking a consistent approach to writing all of the lyrics first and then working out the melody for each track on his guitar, and the straightforward, disciplined tactic paid off in the album's 16 songs. Standouts are "Extra Fool's Day," "Tea People" and "Lips of Joy." 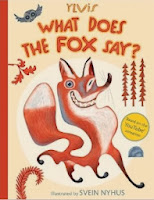 What Does the Fox Say? by Ylvis and Christian Løchstøer (Simon & Schuster)
It's a little hard to believe that Bård and Vegard Ylvisåker unveiled their video for "The Fox (What Does the Fox Say?)" a mere three months ago since it has so pervaded pop culture. The promo for the new season of the brothers' Norwegian talk show became a YouTube sensation with over 200 million views, spawned a slew of copycat clips and covers, a fox costume craze during Halloween and, now, a children's book. The song's lyrics, penned by the Ylvisåkers and Christian Løchstøer, are set to playful illustrations by Norwegian author and illustrator Svein Nyhus, and is sure to delight all the children in your life whenever you read the animal sounds aloud.

Film – Universal Studios is donating a percentage of the proceeds from the Fast & Furious 6's DVD, Blu-ray, digital and On Demand sales to Paul Walker's Reach Out WorldWide organization; Naomi Watts and Robin Wright are childhood friends who fall for each other's sons in Adore; Despicable Me 2 features the voices of Steve Carell, Kristen Wiig and Russell Brand; Billy Bob Thornton directs and stars in Jayne Mansfield's Car, with Tippi Hedren, Kevin Bacon and Robert Duvall; Some Girl(s), based on the Neil LaBute play of the same name, stars Adam Brody as a successful writer who tries to make amends with all of his exes (played by Kristen Bell, Jennifer Morrison and Emily Watson among others) on the eve of his wedding

Music – Foghat's Live in St. Pete; One Direction: Reaching for the Stars; Pocket Full of Soul: The Harmonica Documentary; Sample This: The Birth of Hip Hop; Scorpions' MTV Unplugged

Posted by Jigsaw Magazine at 11:50 AM