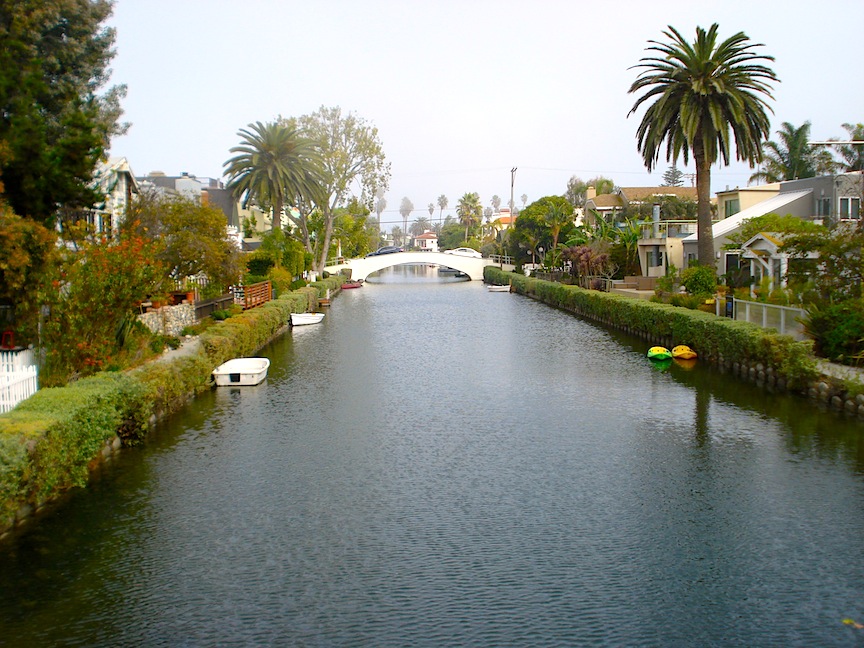 
My favorite part of Venice is actually not the beach or the boardwalk, it's the canals. It's one of those rare spots in the city where you can spend a few moments away from the hustle and bustle and truly feel like you've stepped into another place. The picturesque hamlet is just steps away from busy Venice and Washington Boulevards, yet is so peaceful. You get lost in your thoughts as you criss-cross over the waterway on quaint footbridges surrounded by lush greenery, gorgeous homes with rowboats docked at their shore and plenty of ducks, egrets and herons. However, the canals haven't always been so lovely. 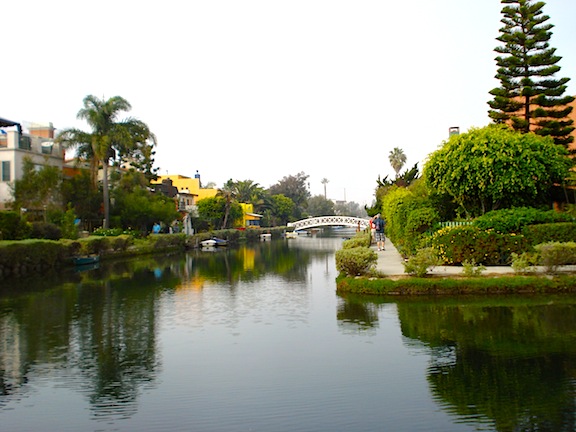 In 1905, developer Abbot Kinney built a 16-mile system of man-made canals to mimic those of Venice, Italy, as part of his "Venice of America" plan. The entire area between Pacific Avenue, Abbot Kinney Boulevard and Venice Boulevard was covered by canals, and the Venice Circle at Pacific and Windward Avenues was a lagoon. Visitors rented canoes or hired gondoliers to travel around. But with the advent of the automobile in the 1920s, the canals became impractical, and most were filled in and covered by streets. By the 1940s the remaining canals had fallen into disrepair and condemned by the city as a health and safety hazard.

Eventually residents formed the Venice Canals Association (VCA) to renovate and revitalize the district, and in 1982 the canals were placed in the National Register of Historic Places. The canals re-opened in 1993 with construction and environmental improvements that have allowed the neighborhood to blossom into the breathtaking community that it is today.

During the summer, the VCA hosts a row-in movie night and an annual regatta every Fourth of July, when residents decorate their rowboats and parade through the canals. Right now is one of the best times of year to visit the canals, with most of the homes blanketed in holiday lights. As the twinkling lights reflect off the water, it's not hard to find yourself fantasizing about living in one of the houses.

Posted by Jigsaw Magazine at 9:28 AM