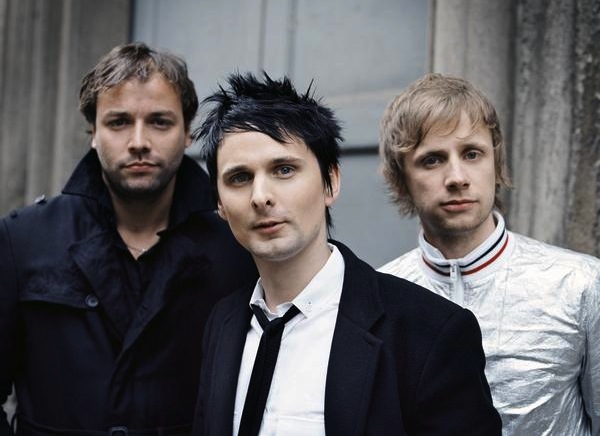 
Although the English trio had been together for 10 years and enjoyed critical success and the dedication of elitists and underground music aficionados, the release of Absolution garnered the band a top 10 hit ("Time Is Running Out") and a first taste at mainstream success in the United States. This show – the second of two nights at the Wiltern – happened just as they were blowing up in America, as evidenced by the plethora of "bros" in attendance. Luckily, the friend standing next to me had no problem shushing the unruly frat boys whenever they started chattering during a song: The image of her tiny frame throwing up a fist in disgust at their loud banter as we were trying to enjoy the show is forever imprinted in my memories.

I had no idea why those guys wanted to carry on conversations during this show anyway - maybe because they were just there to brag that they were and didn't really give a crap about the music. But as Muse took the stage to the first rumblings of "Hysteria," lights started flashing and the speakers suspended from the ceiling were literally shaking (something I have never witnessed at the Wiltern since). The gigantic wall of sound that emanated from these three musicians and their instruments was incredible.

As they continued into the frenetic "The Small Print" and dizzying "Bliss," I continued to become mesmerized. It wasn't just that Muse were so loud, everything was really beautiful. Matthew Bellamy's guitar riffs and tremendous vocal range blended perfectly with the pulse-pounding beats from bassist Christopher Wolstenholme and drummer Dominic Howard. From "Sing for Absolution" and "Butterflies and Hurricanes" to "Muscle Museum" and "New Born," I forgot about the world outside of the Wiltern doors and just became immersed in the music. Whenever Bellamy started pounding on keyboards and even a massive church organ during "Space Dementia," "Ruled By Secrecy"  or "Sunburn," the hairs on my arms and the back of my neck stood on end.

I haven't seen Muse perform live since that night. Partly because they play insanely huge venues or festivals now, which I'm sure are great experiences since their sound can clearly fill massive arenas. Mostly, though, I don't think they could ever offer a show as thoroughly enjoyable, cathartic and transfixing as the one at the Wiltern.
Posted by Jigsaw Magazine at 8:52 AM