At the Venice Walk Streets

“Each one of these things – whether you’re talking about a ring, a song, a project – is like a little jewel. They’re all these little jewels,” begins Daniella Birrittella. “I love the idea of looking back at my life and seeing a trail of little jewels.”

It’s impossible not to smile along with the grinning Daniella, aka Dia, as she speaks about the things she is most passionate about: her music and all of the other art projects that she has going on in her life. Her “little jewels” metaphor is an apt one, since she is not only a singer-songwriter and composer, she also designs a line of fine jewelry.

We meet up on a sunny afternoon near her home in Venice Beach to discuss all of these little jewels (including her debut EP, Tiny Ocean, released by Manimal Records in May), as well as her unique upbringing and training in classical singing. While she does visit the more trendy spots in Venice from time to time, Dia prefers the more low-key treasures the entire city has to offer.

“There’s this spaciousness to L.A. that allows for expression and privacy. I hike a lot, and clearly, I have an obsession with the ocean,” she offers, in reference to her EP title. “Growing up in Boston, I definitely feel the weight of darkness. I internalize it; it doesn’t roll off of me. So I love the light here, it’s good for the spirit. There is a part of me that’s perpetually heartbroken and drawn to the darkness, the weightiness of being in older cities like Paris or Rome. They have a perfume, a heaviness, that feels so alluring. But as far as a sustainable way of living and being, L.A. is good for me.”

One definitely feels the light and lightness of Los Angeles when visiting one of the pockets Dia enjoys most in her neighborhood, the Venice Walk Streets. Built in the early 1900s, Abbot Kinney initially designed the walk streets as part of his vision for making Venice, Calif. mirror the city of Venice, Italy.

As you walk down Nowita Place, Marco Place or Amoroso Place between Lincoln Boulevard and Shell Avenue or Crescent Place between Palms Boulevard and Superba Avenue, you realize why they appeal to Dia. Cars aren’t allowed on any of these narrow pathways, and they’re lined with gorgeous homes adorned with ornate gates, small community library boxes, handmade art pieces, colorful flower and vegetable beds and trees decorated with chandeliers.

Each yard has its own special story, as does Dia. As she mentioned, she is from Boston, but she isn’t your typical Bostonian.

“My parents moved there to run an ashram, so my particular situation was this little bubble inside of Boston,” she says, before going into the music she was surrounded by as a child. “In the ashram, there would be chanting at particular times of the day, and that was lots of sitar, harmonium, tabla, mridangam. That was the core thing that I heard. My parents weren’t particularly music aficionados; most of what we listened to otherwise was ‘80s pop on the radio. Then, I always loved oldies from the ’50s and ‘60s, and I still do. So when I was really young, those were the biggest things: bad ‘80s pop, really good oldies and chanting.”

Enveloped by that mixture of sounds, she also took ballet, tap and jazz dance classes since age 3 and would always put on shows for family and friends. One thing seemed certain: Young Dia was destined to be a performer. 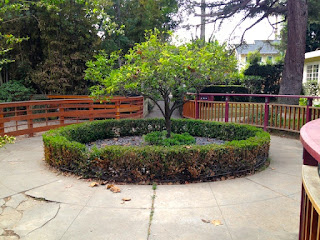 “I was so over the top. I thought I was Madonna for sure,” she admits. “I remember walking home with my friend, singing ‘Twinkle, Twinkle Little Star’ for her. She made fun of me: ‘You sing it so seriously.’ ‘That’s because it’s how I feel it,’ I replied.”

As Dia moved into fifth grade, her inner diva became restrained when she began being intensely bullied at school.

“I so naturally wanted to express, share and create, but I got terrified and self conscious about doing that because of the experiences that I had,” she recalls. “I would go home and sing my heart out. I was taking voice lessons privately, but I never wanted to perform for anyone. I was terrified of putting myself out there. When I was in choir, I wanted to sing so badly, but I was hiding within that.”

The competition choir introduced Dia to what would become one of her great loves: classical music. Since there wasn’t much classical music being played in the Hindu ashram growing up, getting to sing “Messiah” and Mozart’s “Requiem” opened her mind to all the things she could really do with her voice.

After high school, Dia attended New York University as a journalism major. She decided to take a private voice lesson as an elective during her first semester, and this changed the course of her life.

“My teacher, John Kuhn, was an opera singer in Germany, and so were his parents. Our first lesson, he warmed me up and down the piano and said, ‘You could be an opera singer.’ That was a life-changing moment for me, a validation of something I already knew,” she tells. “I started going down this path at NYU of training to be an opera singer. A lot of my teachers, mentors and coaches were like, ‘You have it,’ which was a dream to hear, but I wasn’t grounded enough in myself. I didn’t have the security to fully do it.”

Dia continued to study opera as she obtained a double MFA (in classical voice and theater) at California Institute of the Arts and took part in several young artists programs. She knew she wanted to do something in music, but wasn’t quite sure exactly what. Then one Christmas around four years ago when she moved to Venice, her brother – who is a professional musician as well – asked her what she wanted, and she replied, “A ukulele.” 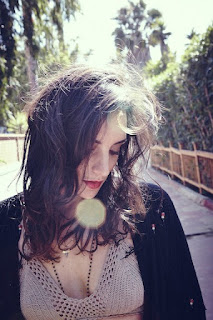 “I can be Type A or neurotic about this needing to happen or this needing to happen, but with the ukulele, I had no agenda. It was so natural,” she remembers. “I started by looking up charts to play Beatles or Turtles songs and was satisfied and stunned. I would play piano for learning the classical music – this Verdi or this Strauss thing. It was never to just chill and play. This whole little world I needed to create a song was right here, and that made me so happy.

She started playing in a ukulele duo, coming up with melodies that eventually morphed into song fragments. Once she had enough material to think about recording, she realized she needed some help.

“The person who ended up being the most instrumental for me is Tim Carr, who produced a lot of songs on the EP. When we got together to listen to what I had, he immediately sat at my piano, played along and harmonized with me or was on the guitar. I thought, ’He totally gets what this is,’” she exclaims. “We recorded an album’s worth of my songs but only released six on the EP. That year of working together, I learned so much about collaboration, arrangement and tones. I started to listen to music in a different way.”

When you listen to the EP’s title track, “Tiny Ocean,” you hear the many layers of Dia’s musical history. Classic folk and rock mixed with classical, and even some Hindu influences.

“We brought in a shruti box, which has a similar tone to a harmonium but doesn’t have a keyboard, for ‘Tiny Ocean.’ It has these little valves, and each valve is a different note, so you can create chords with it,” she explains. “The intro of the song almost sounds like a really distant ship or foghorn on the water in the morning. That was the shruti box.”

Dia continues to hone her songwriting skills, and recently rekindled her love of classical singing and music by collaborating with other composers to score 12 of Rainer Maria Rilke’s Sonnets to Orpheus. 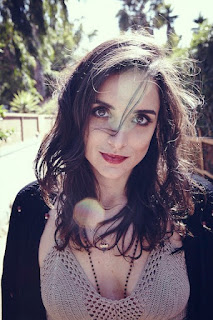 “I was really specific about which composers I asked to participate, those I knew his work would resonate with. He writes about love, transcendence, spirituality, nature, sexuality, death, and expresses them in a way that captures their gravity but with a perspective or awareness that doesn’t feel heavy. He’s writing about Orpheus and Eurydice, but it’s everything. His writing’s so complete,” she gushes. “I read Letters to a Young Poet in my early 20s, and the idea that you don’t choose to be an artist was so meaningful to me. I have a jewelry line too, and a friend once asked, ‘Don’t want to just focus on the jewelry?’ An old boyfriend introduced me to someone as ‘a jewelry designer.’ I didn’t say anything at the time, but inside, I was like, ‘Fuck you, that’s not what I am.’ It just illustrates the idea in Rilke’s book of you don’t get to choose. If you don’t have that feeling, you really can’t relate to it in that way, and that’s fine.”

As far as her jewelry line, which she has been creating pieces for since graduating from NYU, Dia is in the process of completely rebranding her site to relaunch soon.

“Jewelry is a different outlet for me, but I try and infuse what I feel through music and performing into the jewelry. I only do fine jewelry because it’s fascinating to me. This bangle [points to the bracelet on her wrist] I made years ago with my grandmother’s gold. I don’t take this off ever,” she says. “To make fine things that become a part of people’s bodies and stories that they pass down – that’s an honor.”

While jewelry is definitely a creative outlet that Dia keeps exploring, music is really at the forefront for her right now. After writing her first chamber piece for Sonnet to Orpheus, she started a chamber quintet. She is also collaborating with other artists on two contemporary performance projects.

“One is a male actor and singer, and it’s based on the Portuguese word saudade and fado music,” she shares. “The other artist I’m collaborating with is a dancer. We’re working on this project with music and dance about moms not really being able to be moms.”

In addition to these collaborative performance pieces, Dia is working on a covers EP to come out early next year and several original songs that she hopes to record in the spring.

“The covers are all early ‘60s and some ‘50s songs. It’s sexy and dark; they’re remnants of what you remember of an old song. Of course I know these songs really well, but when we were recording some of them, I didn’t want to reference their tempo or anything, just how the memory of each song felt to me,” she explains. “With the newer stuff I’m working on, I feel like I have a better understanding of how to write songs. They have a 1940s cowgirl feel but with chamber elements – still Dia. We’ll see how things come together. I’m excited about new things.”

Posted by Jigsaw Magazine at 9:00 AM