“Usually I get black coffee. I don’t know why I started liking it plain – college will do it to you,” laughs singer-songwriter Taylor Grey. “I have a little Keurig in my dorm but don’t have any milk, so I just got used to it.”

It’s no wonder that the 18-year-old recording artist admits that she has turned into a coffee lover over the past couple of years. Not only did she keep up with her schoolwork and earn admittance into Stanford University, she recorded a debut EP, Mind of Mine, which released via Kobalt Music Group in February, and finished a full-length album, Fallin, that will be available in a couple of months.

Taylor is down in Los Angeles to perform for the first time in the city (several sets at the Grove) and meets me for an afternoon coffee break at Primo Passo Coffee Co. in Santa Monica. With its specialty brews, industrial-chic decor and ultra tempting pastry offerings, the independent café resembles the setting for Taylor’s music video for the lead single off Mind of Mine, “Love Sweet Love.” 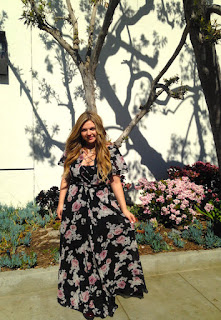 “I’m from the Bay Area and grateful that I’m so close to home, but I’m trying to keep some distance – only go home during designated breaks – to have as much of a ‘normal’ college experience as possible. It doesn’t always work out like that, especially when I need to travel here,” she says. “I do like coming to Los Angeles. It’s such an artistic, trendy city. Everyone here is very ‘on it.’ I like coming here because I feel productive being a busy bee for a couple of days.”

One of the perks of visiting the city is getting to stay at the Beverly Hills Hotel, since Taylor is a huge fan of the Eagles.

“The Beverly Hills Hotel is Hotel California. There are actually others called Hotel California now, which is funny, but this is the OG Hotel California. Being there is like being transported through time,” she smiles. “I would listen to ‘Hotel California’ on my dad’s iPod when I was little, and the Eagles are my all-time favorite band now. Listening to that song is a clear memory I have of being influenced by my parents’ choice of music.”

So although her mom and dad weren’t huge music people, their taste in songs that were being played around the house definitely had an impact on Taylor growing up. She also remembers always singing around the house and eventually parlayed this passion into performing in musical theater productions.

Taylor began playing guitar and piano around fifth grade but confesses to having an on-and-off relationship with both instruments over the years.

“I wanted to learn because my younger sister wanted to play. I thought, ‘Oh that looks cool. I want to do it too because I’m the older sister and need to do everything first,” she recalls with a laugh. “I don’t really play with sheet music per se, I just play what sounds good when writing. I just like having them as tools in my repertoire.”

It was around middle school when Taylor began writing song lyrics as well. 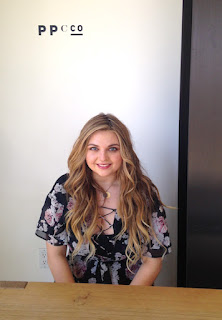 “I used to have notebooks full of song lyrics. They were really embarrassing and pretty funny! I wouldn’t write on the guitar, it would just be melodies in my head. I need to find those notebooks, they would be good for a laugh,” she says. “My writing style has definitely changed in terms of lyrical content since middle school [laughs], and I don’t really write things down a lot anymore. If I get an idea in my head or if I feel like writing a song, I’ll grab my guitar, sit down, press record on my iPhone and play something until it figures itself out.”

When she started high school, Taylor began cultivating broader musical tastes. At first she listened to a lot of Top 40; her first show was a Hannah Montana concert. Then, she started exploring her friends’ playlists.

“My best friend was super into classic rock at the time. I was really being influenced by that, driving in the car along the highway and listening to any of the good ‘70s, late ‘70s and ‘80s classics.”

Taylor’s openness to music of all eras has definitely lent to the timeless sound of the six songs found on Mind of Mine. She recorded the EP over six months, a little at Interscope here in Los Angeles, but mostly at San Francisco’s Studio Trilogy with the production team of Benjamin Taylor and Bryan Morton (who has served as recording engineer for the likes of Nicki Minaj, Chris Brown and Kendrick Lamar), both formerly of Tournament of Hearts.

“The three of us get along really well. They’re great guys to be around and sort of like older brothers, so it’s super fun to hang out together. They let me do my thing with songwriting, but they know I don’t know all the chord structures for songs, that I don’t play 15 instruments, so they help me out with the actual music. It’s a good balance of me doing my own thing versus collaboration,” she describes. “I have complete trust in them since they’ve been in this industry and thrived in it for so long. They know what they’re doing, so during production if they say, ‘We didn’t originally plan on this, but we were thinking of adding this type of drum. It sounds a little weird, but what do you think,’ I’m not afraid to say, ‘OK, let’s hear it out, and see how it goes,’ because I know they know what they’re doing.”

The trio make such a solid team that they also completed an entire full-length album’s worth of material that Taylor is hoping to release in May. 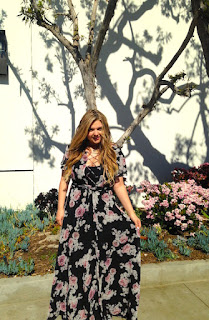 “I’m super excited because I think my favorite song that I’ve ever written is going to be on the album. It’s the title track, ‘Fallin,’ and Brad Simpson of the Vamps sings on it with me. I’m so pumped for that collaboration,” she gushes. “All winter quarter I was writing, so I have a bunch of stuff that I want to keep demoing, too.”

Sitting and talking with the poised-for-her-years young woman, it’s quite easy to forget that she is in the midst of her freshman year at such an academically rigorous institution as Stanford. When I ask her about declaring a major, her intended path of study takes me by surprise.

“I’m very undeclared at the moment, but I plan to take this year to figure it out. I’m looking into something with the brain: neuroscience or cognitive science,” she reveals. “Have you heard of mBerry? We tried it in class, and it blocks hydrogen receptors on your tongue so when you eat lemons, they’re sweet like oranges. It’s a fruit that they make into tablets, and you can buy it on Amazon.”

“I spend most of my days in Nike leggings and Vans, being comfortable. If I have down time, I’m hanging out and talking with friends. I really value those hour-long conversations about life with them,” she says. “I have gone on some adventures, though. I recently went to the beach off of Half Moon Bay with a couple of friends, and it was fun to jump into the waves.”

Fun is really what Taylor hopes listeners take away from her music, whether it’s watching the video for “Love Sweet Love,” seeing her perform or listening to Mind of Mine in their own dorm room.

“I hope people feel happy. I want someone to feel like listening to the song is worth it,” she concludes. “If it’s on in the background and they could relax, hang out, dance to it or enjoy it in some way or another, that would be ideal.”

Mind of Mine is currently available. For more information, visit taylorgreymusic.com.

Posted by Jigsaw Magazine at 11:04 AM