Marilyn Monroe, Greta Garbo and Bette Davis are the actresses of Hollywood’s Golden Age whose performances immediately come to mind when I see the word ‘coquette.’ While Natalie Denise Sperl – the model, actress and singer-songwriter at the helm of Los Angeles’ Kill My Coquette – certainly has the striking looks and acting chops to portray a classic coquette with the best of them, she also possesses the spirit that embodies a true punk-rock frontwoman. With influences like Jack White, Lou Reed and Joan Jett, it’s no wonder Natalie  brings edgy, in-your-face attitude to all of her musical endeavors.

“I like performing music live because it’s similar to theater. You get an instant reaction that you can feel; It’s not like when you do a take and go home without knowing what people think,” she says. “You always have to be on your game because you don’t want a bottle to come flying at your head. Rock ’n’ roll is a lot dirtier than theater.”

Natalie fills me in on the impact music has had on her from childhood, throughout her career as a model/actress and now as a musician when we meet up at one of her favorite places in the city, the Santa Monica Animal Shelter. She has volunteered at the shelter at least once a week for almost two years, spending time petting, walking or playing with the animals that are up for adoption. 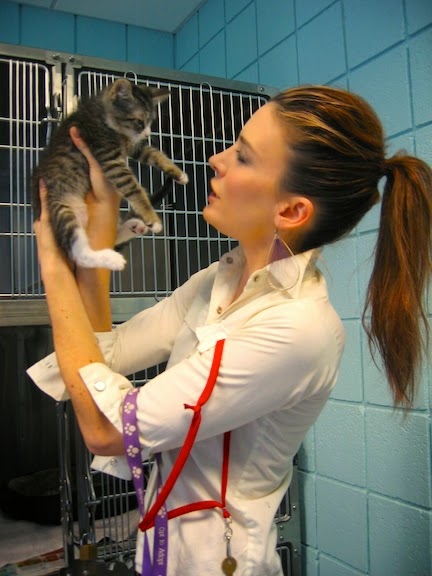 “I would have auditions around here, and whenever I had time to kill before or after the auditions I would find myself here petting the cats. I couldn’t adopt any more since I already have two (a charcoal grey hairless Sphynx and a rescue named Andy Warhol), so I decided to see if they needed any help and volunteer,” she recalls. “It’s just a good place to be at. Animals are the best thing ever: instant love! We get all kinds of animals – rabbits, ferrets, even a lizard.”

Her affection for the shelter’s animals is evident as she shows me around the various areas and tells me about the massive remodel that’s taking place.

“We got a grant for the remodel, and hopefully it will bring in more traffic so we can adopt more animals out. It’s going to be amazing,” she gushes while we tour the dog pens, community area, veterinary exam area and hospital room, where she relays a story about some recent new feline additions. “There was a lady living in a hotel with 30 cats and four dogs, and they were confiscated because that’s obviously animal cruelty. When they brought them in they were pretty bad off, but now they’re all turned around and we’ve been able to incorporate some of them out with the rest of the population.”

Natalie can usually be found in the newly refurbished cat room where she knows many of the residents by name. Her affinity for cats is something that stems from childhood.

“My dad would never let me get a cat, so I always said I would get a cat someday. He’s a hunter, so he didn’t like any animals that would kill birds,” she informs. “So now I mostly hang out with the cats. Sometimes I walk the dogs, but I’m really the cat lady.”

Although a pet cat was never allowed in the house, music was always a fixture of Natalie’s early life growing up in a small town in Minnesota. Her grandpa played the concertina, and her older brother, a drummer and keyboard player, toured with several bands. 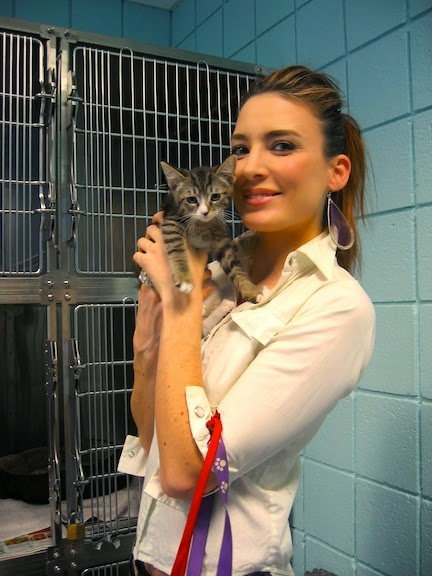 “My dad was a huge music fan; he would crank it up in the morning as we were getting ready for school. There were a lot of country roads where I’m from and driving to get to places to do stuff, so a lot of time was spent in the car listening to music with the windows rolled down. A lot of Bob Dylan and rock ’n’ roll,” she remembers. “He dragged me to my first Dylan concert when I was 7, and it was like, “How does it feeeel, ugh.” I just didn’t get it, but then I started to read up on Dylan, his whole Warhol connection he had with Edie Sedgwick and realized he was actually kind of cool. I’m fascinated by the whole 1960s New York scene, and he supposedly wrote ‘Like a Rolling Stone’ about Edie Sedgwick. Now I listen to him all the time; it came full circle.”

“Everybody in the house would be turning up their stereos, trying to be louder than the others,” she laughs. “It was a very loud environment.”

While young Natalie’s ears were being filled with all sorts of music, she was also bit by the acting bug. She did a lot of local theater and would even put on her own plays based on experiences, like losing a tooth. This passion led to her enrollment at a high school for the performing arts as a theater major.

It was around this time that Natalie caught the eye of a photographer as he was coming out of an agency, one that eventually signed the 15-year-old to a modeling contract. After doing work for some local campaigns, Natalie moved to London and entered the world of high-fashion modeling.

“I did a lot of runway modeling in London. It was a really cool time to be there. It was very avant-garde at the time, Kate Moss was huge and the art was amazing,” she says. “I also spent time in Paris, Rome and Milan.” 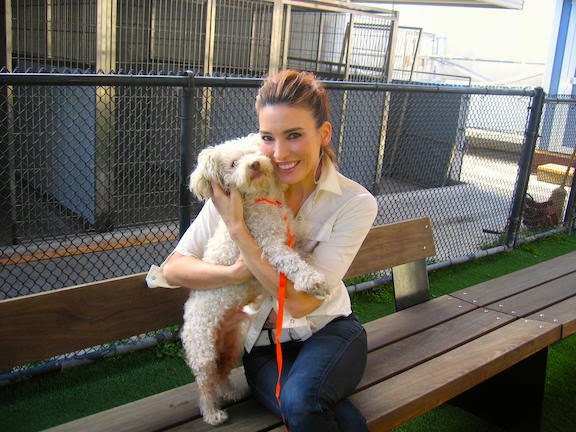 Eventually Natalie felt the pull of Los Angeles, where one of her former classmates had moved from Minnesota and was enjoying doing work as an extra. She moved in with her old high-school roommate in Venice and started breaking into the L.A. modeling and acting world.

She has since landed the cover of Esquire magazine and roles in shows like “Two and a Half Men,” “How I met Your Mother” and “CSI: Miami,” as well as starring in films such as Succubus Hell Bent.

“With acting you have to be here, New York or London. You have to really be here to get into the game,” she says, before adding, “and, the weather is great!”

Natalie enjoys Los Angeles’ climate by hiking the Baldwin Hills Scenic Overlook, Fryman Canyon, Will Rogers State Historic Park, the Fern Dell trail in Griffith Park, up to the Bronson Caves or Runyon Canyon, which is “a whole scene. You have to have your hair and makeup done because you might get cast in something!” She also loves to do yoga, visit LACMA or MOCA, shoot guns at the firing range and playing Texas hold ‘em.

“I don’t play online, only in person. I’ll go to Commerce Casino with a hat, glasses and my good luck charm (a ring) on,” she tells. “I did a movie called Rock Monster in Bulgaria, and in my off time I wanted to go to the casinos. It was literally a room full of big Bulgarian men and one little American actress. I made $1,700! I cleaned up because they were like, ‘What is she going to do?’ It was great. It took me a while to get that good, though. My grandpa has been teaching me since I was little.”

Aside from her gambling shenanigans, Natalie, of course, loves live music. In fact, it was seeing two specific performers that made her realize that she wanted to become a musician.

“When I saw Courtney Love perform, I thought, ‘Wow, this is really cool. How does she do that?’ I’ve seen Social Distortion so many times, and once I just thought, ‘I want to really try that,’” she relays. “Guitars are so cool. I’m no guitar virtuoso. Maybe I will be one day, but for now it’s all about the energy and the feel you get when you plug in and turn it up. It lets out some frustration.” 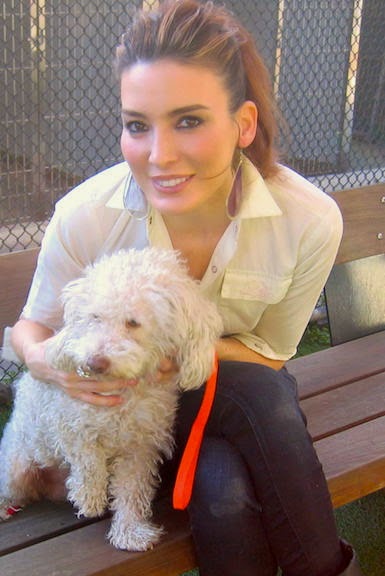 Natalie was so struck by that particular Social D show a couple of years ago that the very next day she went to Guitar Center and bought her first guitar. Since then, she’s been crafting songs with her Kill My Coquette bandmates: lead guitarist Dave Stucken, bassist Mike Evans and drummer Kelly Hagerman.

“I come to them with chord structures, lyrics, and then they bring it to life,” she says. “I got really lucky with the band that I have.”

The foursome is preparing to release a self-titled debut EP produced by Danny McGough (Tom Waits, Social Distortion) on Jan. 20, with plans for a local release celebration show sometime in February. In the meantime, Kill My Coquette performs Dec. 20 at the Three Clubs, and Natalie continues to write new material.

“I’m constantly writing down words, interesting points or cool lines. Anytime I think of something I put it in the Notes section of my phone so I can go back to it. William Burroughs had this technique called the Cut-Up Method where he wrote his thoughts and everything down then went back and literally cut it up, threw it on the floor, took lines and repositioned them. That was how he did the book Naked Lunch, so if you read it you go, ‘What?!’ but somehow the fragmented thoughts all make sense in the end. Sometimes I use that if I can’t think linearly. If verse chorus verse chorus verse bridge chorus is too structured for me,” she confesses. “With acting, I know what I’m doing each time. With writing songs, it’s definitely different. It’s more random. I’m like an antenna waiting to get struck by lightning, always ready with hope that it strikes.”

Posted by Jigsaw Magazine at 11:00 AM