At the Venice Beach Boardwalk

Whether you’re an Angeleno or visiting tourist, the sights of the Venice Beach Boardwalk – the different street artists and performers, bodybuilders of Muscle Beach, colorful street art, bikini-clad women – are instantly recognizable and representative of Los Angeles. It’s where I regularly take out-of-town visitors and a place that has become special to New York-based music artist Rob Decoup.

“When you come to [Venice Beach], you can spend the whole day looking around at the art, going in the water, taking a walk. It just looks great with the palm trees and the unique buildings,” he describes. “It’s one of those places that, if you’re blindfolded, once the blindfold drops you immediately know where you are. Not everywhere is like that.”

Venice truly is a unique neighborhood, as Rob’s own story is quite special. While in town to rehearse with an L.A.-based band of musicians for a Midwest tour with Saving Abel in support of the January release of his full-length debut, Rays of Sun, he shares these experiences with me as we enjoy the cool ocean air.

“It’s good to be in L.A. when I think that we’re walking right where Jim Morrison once walked. He was so inspired by this place. One of the greatest frontmen of all time, Perry Farrell of Jane’s Addiction, would surf here. That’s the charm of L.A. for me,” he confesses. “I was very influenced by that kind of music, alternative rock, as well as the classic rock of the Doors.” 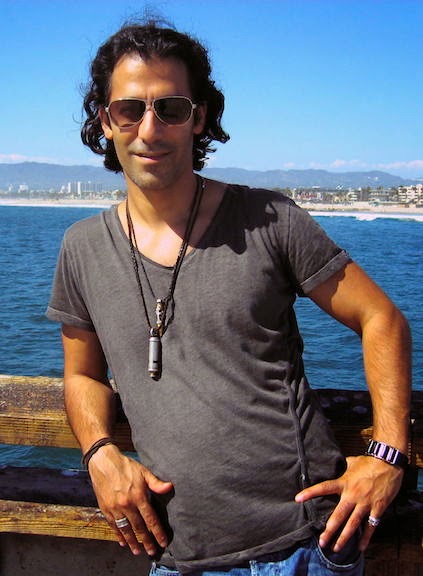 Music wasn’t the only sound to fill Rob’s childhood, though. Having been born in Iran and spending his early childhood there while the country was at war with Iraq, explosions and sirens filled his 5-year-old ears. It’s a time when his dreams of coming to America were born. Rob remembers his first taste of American music occurring around this time.

“I saw an Elvis Presley movie, and that was my first exposure to rock ’n’ roll,” he says. “I was really into his songs for a long time. That was the beginning.”

After his family relocated to Vienna in the early 1980s, Rob attended an American school where he learned to speak English and German. From the Beatles, Pink Floyd and the aforementioned Doors to Alice Cooper and Megadeth, his love for rock music continued to grow. His path to becoming a musician himself began on his 12th birthday.

“I wouldn’t shut up about getting a guitar so my mom finally got one for my birthday. But she didn’t know much about it and got me an electric guitar without an amp,” he recalls with a laugh. “I thought it was too much to ask for an amp then, so waited a year for my next birthday. I could still play on it, though, quietly. It was good for practicing.”

We begin our Venice Boardwalk afternoon in front of one of my favorite L.A. bookshops, Small World Books, which is located on Ocean Front Walk. A bookstore is fitting since 30 percent of all proceeds from the sale of Rob’s latest single, “War Hero,” is going to the Books for Soldiers Fund Drive http://booksforsoldiers.com that brings books and care packages to deployed American troops.

Poetry and literature have always played a huge part in Rob’s life.

“I started writing poetry at a young age, and it was always in English because somehow that was most appealing to me. I was reading a lot of Shakespeare, William Blake, a lot of French poets like Arthur Rimbaud and modern ones like Allen Ginsberg,” he tells. “I loved rhyming and playing with words since I was 9 when I wrote my first poem, so when I learned guitar I started to write melodies and combine the two passions. I loved the idea of writing a song and one day performing it. That seemed like the most gratifying thing to do ever, but it got shelved a little bit since it’s obviously not something that you’re secure in making a living out of. I always knew that I was going to go that way at some point, it just got postponed a little bit.”

The delay actually lasted several years, as Rob began his PhD studies in Political Science at the University of Vienna.

“I thought it was going to be a quick endeavor, but it took me five years. That’s what held me back from diving into music full time. I kept saying to myself, ‘As soon as I finish my PhD, I’m going to do it,’ but it just dragged on.”

After receiving his PhD, Rob decided to move to New York and begin this new chapter of his life. 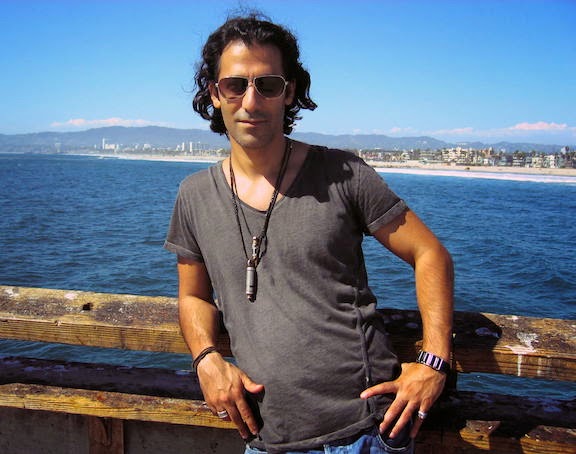 “I was writing these songs, wanted to get my music to the world and realized that since I write in English that I should move to America because it’s not just a myth. This country really is the land of dreams, where dreams can come true, just because the mentality is different than Europe. Europe is a bit more old fashioned and the people are not really supportive, whereas people that I’ve come to know in America, I’ve known them for less time than my European friends, but they are much more excited and supportive. They really want to hear my songs,” he admits. “Also, rock music isn’t that big in Europe. You have lots of metal heads in Germany, but in America it’s much more of a culture. You go out to see hard rock band perform, and it doesn’t have to be a huge band it can be an emerging artist. In Europe people only go to see huge bands like Alter Bridge or Metallica and kind of ignore the emerging artists. Here they understand that emerging artists are more real because they’re not tied to a contract with a major label that dictates so much of the songwriting process.”

Rob released his first EP, Pain, last year, and since his music career is something he worked so hard to be able to pursue, self-expression is very important to Rob. He pointedly brings up the subject as we encounter a bright wall mural, a man with a (fake?) boa constrictor wrapped around his neck and a performer about to walk on shards of broken glass.

“I like graffiti artists because of what graffiti represents in general, the idea of street art: expression coming naturally,” he remarks. “That’s why I like Venice, you never know what to expect. Danger is looming everywhere.”

Rob first became acquainted with Venice when he spent a month recording Rays of Sun in Los Angeles last year. He would come to the beach to surf, and as we stand on the Venice Beach Pier watching the waves roll by, he says that he might consider moving to Los Angeles one day.

“For the kind of music I do, hard rock, this is more the scene for it. There are way more musicians here in that field than in New York.”

In fact, all of the musicians who played on Rays of Sun are based in Los Angeles. Joined by Dan Welby on drums and Phil X on guitar, Creed’s Eric Friedman was on guitar while Marty O’Brien, who also plays with Lita Ford, assumed bass duties. The album was helmed by Mike Plotnikoff (Aerosmith, Drowning Pool), whose work Rob had admired for a while.

“There was an album that I really liked by Buckcherry. I really liked the production quality of that album, so I was curious and found out that it was Mike behind it. Through my connections I was able to reach him and send him my demos. He liked them and said he would be happy to do it,” he relays. “I’m so happy to have become connected with him because he’s such a great guy, so down to earth and easy to work with.”

Since Rob is so busy preparing for Rays of Sun’s debut, he doesn’t have much time to keep up with recent literary releases. However, this doesn’t mean that he’s out of touch with world events in the least.

“I read a lot of online journals with political analysis, foreign affairs, economics – boring stuff,” he laughs. “When I read those things and try to get a glimpse into a scholar’s or professor’s take on current affairs, I feel my brain start to wake up.”

Rob is all about waking up others’ brains as well, particularly with the release of Rays of Sun.

“Rays of Sun is about the idea of hope. Even though things might seem to be going wrong, and the standard of life is diminishing. Corporations are getting richer, profits are soaring, but the majority of the wealth has been concentrated in a minority, one percent. That exploitation of people is a reality, but there is still hope,” he says. “The idea behind the title of Rays of Sun is that if we get together we can make real change happen.”

Rays of Sun will be available Jan. 27, 2015. For more information, visit robdecoup.com.

Posted by Jigsaw Magazine at 11:17 AM