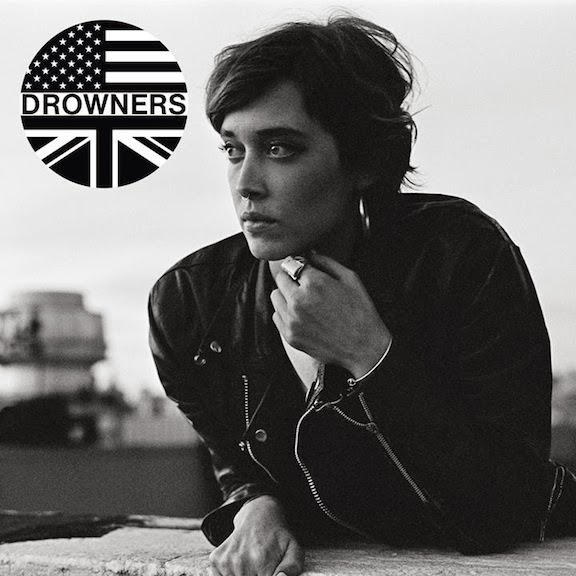 Drowners – Self-titled (Frenchkiss)
The Drowners were born when frontman Matthew Hitt moved to New York City from his native Wales, and upon listening to their self-titled debut, another New York group comes to mind, the Strokes. There is tight, snappy garage pop throughout the foursome's album, but with a playful energy that is all their own. Standout tracks include "Long Hair" and "A Button on Your Blouse," and should prove to be equally as enjoyable live when the Drowners play Coachella in April.

Wax Fang – The Astronaut (Don't Panic)
The duo from Louisville, KY, who scored "American Dad!"'s 150th episode last season, release an epic space-rock opera today. The tale of The Astronaut, who is separated from his spacecraft, swallowed by a black hole and transformed into a celestial super being, is told over three movements. From the tracks' experimental beeps, psychedelic guitar riffs and soft-then-soaring vocals, you experience the gamut of emotions the space explorer feels throughout his tragic adventure.

My Life in Middlemarch by Rebecca Mead (Crown)
George Eliot's 1874 novel Middlemarch is often assigned reading for high school and college students, so it's no wonder that many young writers become enamored with the English writer. Staff writer for The New Yorker and author of One Perfect Day: The Selling of the American Wedding, Rebecca Mead was captivated by Middlemarch as a young woman and reread the novel several times over the course of her years at Oxford, as a journalist, through romantic relationships and eventually marriage and beginning a family. In My Life in Middlemarch, she gives a glimpse into Eliot's life, explores themes from the work as they relate to our modern world and relays how the novel has influenced her life. After reading Mead's book, fans of Eliot's novel will want to go back and read it again.

Also available – All Joy and No Fun by Jennifer Senior; The Ghost of the Mary Celeste by Valerie Martin; The Guest Cat by Takashi Hiraide; The Love Playbook by La La Anthony; An Officer and a Spy by Robert Harris; The Paleo Approach by Sarah Ballantyne; The Parthenon Enigma by Joan Breton Connelly; Red Rising by Pierce Brown; Still Life with Bread Crumbs by Anna Quindien; Up From the Grave by Jeaniene Frost

Film – Ron Howard directs Chris Hemsworth and Daniel Brühl in Rush, the story of the the 1970s rivalry between Formula One racers James Hunt and Niki Lauda; Cloudy with a Chance of Meatballs 2 features the voices of Bill Hader, Anna Faris, Will Forte and James Caan; Benedict Cumberbatch is Julian Assange in Bill Condon's The Fifth Estate; Johnny Knoxville is up to no good, with an 8-year-old in tow, for Jackass Presents: Bad Grandpa; Last Vegas finds Michael Douglas, Robert De Niro, Morgan Freeman and Kevin Kline at a bachelor party in Sin City

Music – Metallica's Through the Never

Also available – 1: The Movie; Ass Backwards; Collision; Concussion; Dark Touch; Demonic Toys; House of Bodies; I Will Follow You Into the Dark; A Perfect Man; Seasons of Gray; Torture Chamber
Posted by Jigsaw Magazine at 7:04 AM